Do you have a naturally attractive friend who seems to have guys chasing her, even though she doesn’t look like a stereotypical ‘perfect ten’?

How does she do it?

You could just ask her. But there’s a problem with that approach. First, it’s a weird conversation to have with a close friend. Second, even if your friend offers honest advice, it’s probably not going to be helpful. Because when it comes to attracting a member of the opposite sex, even people who are good at it don’t always understand what they are doing. 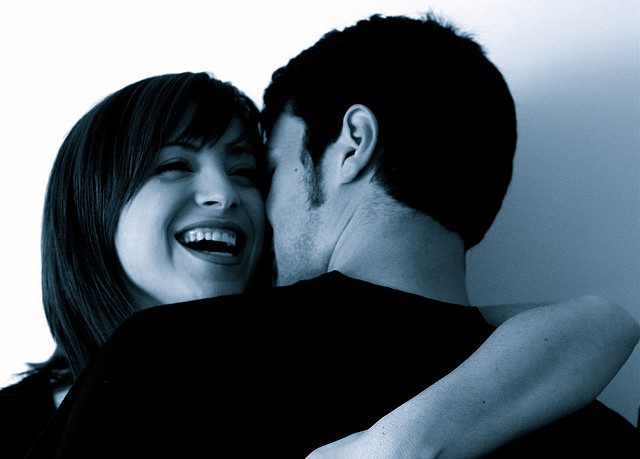 They don’t consciously break down their method, which is why they will often give you vague slogans like “I just connect with guys and it sort of happens” or “if you just be natural and stop trying so hard guys will like you”.

Today I want to open the lid on one of the most important rules that all desirable people intuitively understand, whether they are aware of it or not.

This simple rule has been proven time and time again to be one of the most universally accepted routes to become more attractive, more sought after, and more intriguing to the opposite sex.

It’s not the magic bullet, but it’s the powerful weapon that all desirable people possess in their arsenal.

And you’ll notice it everywhere once you start looking for the patterns.

What Makes Some Women Naturally Desirable?

Try to think about a friend of yours, or someone you know, who seems to just be effortlessly attractive.

She doesn’t even seem to try that hard. She just does her thing – she isn’t especially kind or generous, she doesn’t give guys special treatment or play games, and yet she seems to have no problem getting guys intrigued and wanting to chase her, to text her – she’s even had guys begging to lock her down and be exclusive.

Meanwhile, maybe you know someone else who is the opposite of this woman.

Perhaps this person is the archetypal ‘people pleaser’ – she tries extremely hard, she doesn’t make waves, she is quick to agree with anything a guy says in order to force a connection, she is always around to ‘just hang out’ if he wants to. Oh, and she also can’t ever seem to keep a guy interested.

What is the difference between these two women?

Many will be tempted to read these contrasting examples cynically. They’ll say that it just proves the old adage: Treat them mean, keep them keen.

They’ll conclude that the lesson is that a woman should actively try to be unavailable, indifferent, or even aloof to the charms of men in order to peak a guy’s interest. Which is an enormous mistake, because it means jumping straight from one unattractive behaviour (excessive people pleasing) straight to another (excessive coldness and game-playing).

All the while they are missing the beautiful sweet spot in between these two extremes.

They are missing what the girl in our first example was sub-communicating that the second girl wasn’t: Self-Respect.

See, there is no single method that will guarantee that a guy falls in love with you.

There is, however, one secret that serves as the essential foundation for attraction, and without which you’ll never truly be able to keep a great guy interested.

The secret is this: Naturally desirable people, when given the option, choose being respected over being liked. Being Liked Vs. Being Respected

That’s not to say they aren’t pleasing to be around. But they do not set out in every interaction to be liked. They don’t compromise on how they treat their friends in order to spend more time with a guy.

They will make the difficult choice to prioritize more important things, like their career or their family, or even just their own standard of respect, rather than trying to just stay in rapport with a guy. They won’t bend their own beliefs. They can walk away. They communicate their needs in a calm, assertive way.

People often confuse this, and think that respect means they have to become a try-hard and aggressively assert their independence and strength at all opportunities.

But respect isn’t about gaining power and being competitive. It is about doing what feels right to you, and not apologizing for it. Even if a guy disagrees, he’s going to respect you in that moment for sticking to your standards.

This doesn’t mean that everyone has to have the same standard. Some people’s standards for respect mean they will only sleep with someone after 6 months, for others it’s 3-4 dates, for others it’s whenever they want. The standard itself doesn’t matter. What matters is that a guy sees you conform to whatever your standard happens to be.

It doesn’t mean either that he will always accept that standard. For many guys six months would be too long to wait to have sex. But there’s one guarantee: he’ll lose respect, and eventually attraction for you, if he feels like you are compromising something that is important to you.

For example, a guy might like it in the moment when you sleep with him on a first date. But if he feels like it was something you only did to make him happy, but which violated your own standard for sexual intimacy, he’ll start to feel less attracted to you as a long-term partner (EDIT: of course, if you want have sex on a first date, and don’t have any strict rules about it, then go for it ;) ).

This is not a prescription telling you not to have sex on a first date (though there are pragmatic reasons not to e.g. needing time to get to a better read on the person and know what they are looking for, allowing things to develop gradually and build some anticipation). Rather, it simply says that compromising our standards, even a little, to stay in rapport with someone you like is a false path to attraction.

This is because being liked in the moment is not the same as generating long-term attraction. Period.

Is it possible to be respected and liked at the same time? Of course.

But is it possible for a guy to be attracted long-term if he likes you but doesn’t respect you? No way.

A guy can totally enjoy spending time with you, have fun in your company, but if he gets the weird vibe that he gets ‘special treatment’ just because you are attracted to him, he instantly sees you as less desirable.

This is what we mean when we say guys value what they earn. It’s not that guys don’t LOVE attention, affection, and being prioritized. It’s that they want to feel like they have earned that status.

High Value women understand that just being agreeable is not attraction. Attraction can come from those moments when a guy tests the boundaries and just sees that they exist.

To put it simply: pleasing a guy and attracting a guy don’t always go hand in hand. Often they do, but sometimes they don’t.

And when they don’t, a sophisticated woman always knows which one to choose.

If you enjoyed that and want to learn how to quickly become a High Value Woman that men can’t resist, go watch this video I created for you…