The Secrets Of Charisma (+ Free Guide At The End) 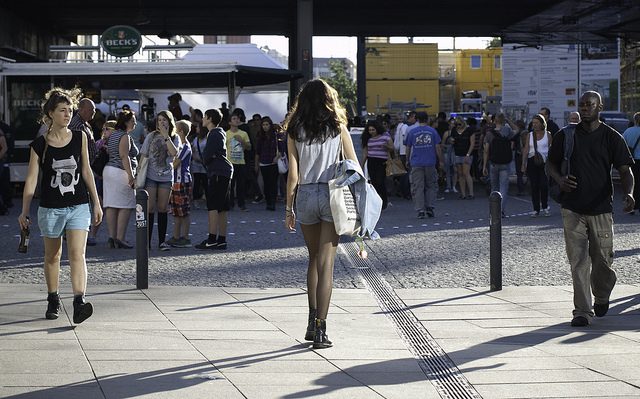 I have to start with an apology.

This is the first time this year that my regular article hasn’t been released in its usual Wednesday spot. But I have a good reason: Matt kicked me off for this week.

(Please feel free to hurl abuse and deposit your outrage at every inbox and social media newsfeed Matt has available, should you have felt cheated at the absence of a post yesterday) ;)

I feel like the geeky school kid crying over his tarnished perfect attendance record because his mum wouldn’t let him go into school one day. But that’s basically what happened (yes, Matt is like a mother to me).

Here’s the good news though: My record for punctuality may be torn to shreds, but it’s a small price to pay when you find out exactly why Matt decided to hold back on my article this week. And the reason is because we agreed to put out something much better for you.

As you’ll have seen if you watched the new video yesterday, Matt was kind enough to give his blessing and release a document I’ve been covertly putting together since last month, something that I kept quiet because I knew it would give away a ton of his best kept secrets.

Click here to grab your free copy of this now –  As I said, I’ve spent the last few weeks getting this together. It’s on a subject that’s been close to my heart for a while.

To give you a bit of a preface, it all revolves around a question I’ve been particularly curious about of late:

If you talk about charisma with people, I’ve noticed how they tend to become somewhat wishy-washy; they talk about some people having a ‘natural aura’ or ‘radiant energy’, as though a chosen few are born with inherited charisma flowing through their veins.

I’ve never believed this. I’ve always subscribed much more to Seth Godin’s quote that: “Charisma is not a gift, it’s a tool”.

Charisma isn’t something people are born with. It’s more like a sword you forge and constantly sharpen, ready to brandish whenever you have to strike. It’s the .45 Colt magnum you always have in your holster when the time comes  (Disclaimer: guns are bad, don’t use guns…or swords for that matter) – making you unstoppable, unforgettable, unbeatable. It’s your own personal silver bullet you always have locked and loaded in the chamber ready to release (bullets are bad etc…).

Ok that’s enough weaponry metaphors. The point is, charisma is something you can acquire.

Yet everyone still labours under the idea that charisma belongs to the chosen who walk among us, those who are showered in the manna from heaven that falls upon a few lucky souls who were born to be magnetic and noticed by others.

But I’ve been lucky enough to see a lot of charismatic people (and even have one for a brother), so I’ve had many chances to see behind the curtain. And I’ve found some distinct patterns in the way they approach the world.

Here are a few. Consider these the three essential foundations that charismatic people possess (and that anyone else can begin to acquire too!):

1. They are comfortable with being noticed

Charismatic people get noticed just because they are comfortable getting noticed.

This is usually because:

(b) They feel like they have something worth saying

The first step in gaining influence, impact, or charisma, is getting comfortable with the attention that these things bring.

2. They understand that big change comes from small things

People with charisma understand the advice of Freakonomics’ Steven Dubner to “think small”. That is, they understand that tiny changes, in their voice, language, style, gestures and conversation can enact the grandest effects on those around them.

Believe it or not, charismatic people, whether they are aware of it consciously or subconsciously, understand that they only need to do things a tiny bit different from everyone else to make themselves completely stand out from the crowd. They learn these tiny differences and put them to use every single time they have to make an impact in conversation, in a meeting, in an interview, and yes, in their love life too.

3. They know their own buttons for ‘switching it on’ when they need it

Charismatic people know that flipping that switch and going into ‘social mode’ or ‘networking mode’ means being able to put themselves in the right mental headspace whenever they need it.

And for this they require their own personal triggers – whether it’s in what they wear, how they move, how they talk to themselves – or it can come from just arranging their life to constantly have inspiration around them: waking up at the right time, meditating, listening to certain music, watching certain movies, or having their own social ‘warm-up’ exercises for getting in the zone. Charismatic people don’t wait for inspiration – they constantly generate it. They are also aware of what works for them. They make mental notes of which actions are most effective, and because of that they learn how to re-create a sense of presence at crucial moments.

Those are the basics of charisma, but this is just me scratching the surface.

I’ve gone into this in much more detail in the free guide Matt’s just released.

If the idea of having more charisma and influence is something you’re even remotely interested in, please check it out (it’s totally free) and let me know what you think.

You can grab it here:

Normal service will resume next week. Though that doesn’t mean there won’t be more surprises to come.