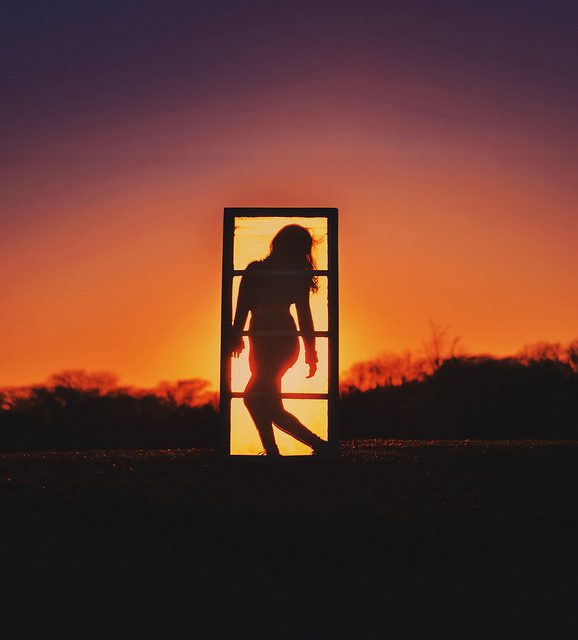 Quick quiz for you: What is every guy’s idea of an amazing woman?

Is it the Michelle Obama type, who is strong and backs her man but has her own independence?

Is it the Sarah Silverman type, who makes him laugh and can enjoy crude humour, knows how to be immature and sees life as the joke it really is?

Is it the Snow White type, who is demure and kind, supremely nurturing and seems to be as pure and clean as…well, snow?

Is it the Jessica Rabbit type, the uber-seductive bombshell who makes his jaw drop whenever she wiggles her hips in his eyesight, and knows exactly how to command his sexual attraction?

The answer may be more surprising than you think.

All of the traits above represent a different quality that guys find attractive in their dream woman:

Think through the people you know in your life and you’ll likely have many people who fit these character types. Unfortunately, all of these traits are Janus-faced. They have a good side and an ugly side of the same coin. When any of these traits are taken too far, they can ruin an otherwise amazing personality.

The Independent Woman commands admiration and respect… but too much can feel cold and fail to make a man feel needed.

The Playful Woman is so cool and fun… but can be annoying and childish, and more like your bratty sister.

The Sweet, Nurturing Angel makes you feel loved… can be boring, frigid, and passive to a fault.

The Sexual Bombshell…well…has no faults whatsoever and ought to be worshipped like the goddess she is.

The Sexual Bombshell is an interesting one though. The sexual bombshell often tends to get a little more leeway than the others, first of all because she is able to immediately satisfy the most basic of male needs, and to be frank, any woman who does this is already well-ahead of the curve.

But the Sexual Bombshell has a different kind of problem, which only becomes apparent once a guy snaps out of the hypnotising effects of her feminine powers (yes, even sexual allure has its limits, and most men with a brain will get bored and need something more).

The women who is just sexy usually has no problem getting guys interested in her, but the problem kicks in when he gets further down the line.

Perhaps, for example, he wants to show her off to his friends and realises she has no intelligent conversation, or she’s super high-maintenance and complains a lot, or she doesn’t know how to be playful and connect with other people. When people are one-dimensional, they can impress for a few weeks or months, but totally fail to keep lasting attraction in the long-term.

That’s why one-dimensional bombshells can get a ton of attention and have a highly active dating life, but still end up lonely after several years of gradually pushing away guys who get into a relationship with her.

What is a man’s dream woman then? Which one of these archetypes is the best to move towards?

It might seem like I’m about to state the obvious: YOU NEED TO BE ALL OF THOSE TRAITS ABOVE. THAT’S THE PERFECT WOMAN.

Well, kind of, that’s partly true. But it’s not how you think.

I mean, can you really be independent, playful, funny, kind, sweet, sexual, nurturing, cool, and full of integrity all at the same time? No. You can’t. But a guy does AT LEAST need to see evidence of all of these traits in small doses. He must see the potential for all four of these things in different situations, just in the same way that you want to see evidence that a guy can be confident and assertive, but also kind, romantic and intelligent. So no, he doesn’t need to be seduced at every possible opportunity to see you as a sexual goddess, but yes, he does want to think and see that you’re capable of getting him home, throwing him on the bed and practically ripping his clothes off because you can’t wait to jump him as soon as possible (if you’ve never done this with your man before, for god’s sake start now).

Do you really have to be the woman who is always full of DEEP, DEEP conversation and can ruminate about philosophy and the universe with him and unpack his entire personality and analyze every aspect of his mind? No. Too much of this and it becomes intense and boring. But an intelligent guy will he does need it some of the time.

It would be crazy to say that you have to show a guy you’re the whole package in a single interaction. Which is why you don’t. Rather, see these traits as something a guy has to bear witness to over time over different dates (a good reason to make your dates varied to show different sides of yourself).

The picture someone has in their head of us doesn’t happen in one moment, one conversation, or one date: it is being painted gradually all the time.

Every interaction is another brushstroke on the complete portrait he sees of you. It is a picture that is always sharpening into focus when he sees your qualities displayed in different moments.

Nearly anyone you think of can be placed into a single basic character-type if you narrow down their dominant traits. And that’s fine.

But what matters is how much we shatter people’s preconceptions of these stereotypes, even if we conform to one of them. If you conform to a brainy girl stereotype for example, but he sees you go out and dance and be fun and able to be sexual and spontaneous, suddenly you’re completely unique.

What matters is that we are a constant surprise to people. Just when a guy thinks they have you pinned down, he sees a side they never thought you would embody.

There’s always that moment when a guy thinks to himself “This woman isn’t like all the others”. And usually it’s because she isn’t.

To learn the simple steps to become the woman who stands out from the crowd, Watch this video…