Wait Or Create – A Reader’s Approach 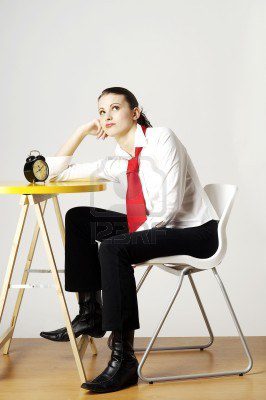 I’ve said many, many times before that there are two ways to go about dating: you can wait and hope that Mr. Right falls into your lap one day or you can be proactive in your love life and create the opportunities to meet new men. I find that this Create approach gets a lot of pushback from women. They don’t want to seem like they are chasing or they are convinced that men like to be the hunter and that they are only allowed to be the prey. My challenge has been trying to illustrate to women how they can create the opportunity and still make a man chase them.

This comment was left on a blog post on our site entitled “Where To Go TO Find Good Men”  by a reader named Lulu. She used the techniques from GetTheGuy to not only get her guy but to weed out the ones not worth devoting time to. Here is her story:

“Ok so I wasn’t planning on sharing but here goes. I met a guy when I was out hiking. I was not really interested in the beginning, but he was… very. He walked with me down the trail and chatted me up. I sarcastically teased him about his beliefs and told him to buzz off many times. On the way back, I went to my buss but found that he had asked the guy next to him to take another seat and brought my things next to him. Started feeling some chemistry. Didn’t give him my number. He messaged me on fb and I didn’t respond. A month later, I went hiking. Found him there. He stalled until we got to the cafe an hour later to get food and snacks and came up behind me unaware, put his hand on mine and whispered in my ear – oooh you’ll pay. I decided I liked him but knew he was a player. We had this chemistry thing going but it never progressed. Perfect story on being chased but not perfect outcome.

The guy I am with now I will be soon engaged to. I met him at work. I was a coordinator and he was a volunteer. We knew each other formally in meetings for more than a year but never chatted until he messaged me one day from Iran (works as a telecom engineer and was setting up the elections platform there) to test if he can hack into facebook. Turned out he could. We chatted rarely and one day we started sharing music without talking. Did it twice or more, then we talked … for hours almost daily. He would have been super comfortable to stay friends on facebook but after more than 2 months of talking daily I stopped logging on for more than 5 days. I logged back on and told him I won’t be on often. He said something about too bad I will miss you. I said your choice if you would like to but phones still exist. He called that day. We talked for 3 hours and then subsequently talked for a few weeks. I invited him 10 minutes before my birthday and he was one of the first to come. I then invited him twice again to things we both like doing and he came both times. He invited me to his friend’s farm and we were together. Still are. Till today, he often smiles sheepishly and says that the greatest blessing was that I’d invited him those few times. He has walked to my house for more than an hour to see me for less than 20 minutes because he couldn’t find a cab. He has helped me with my goals and been firm and no nonsense when I needed it and supported me in ways I never thought were possible….

So I don’t know about the let the man chase you rule….. I just know that when you feel desperate or awkward or ashamed that you are extending an invite it shows. I guess my rule is, if you deep down know that if you didn’t ask him out, he would never do anything or if you gave him a small push, he wouldn’t take a leap, then he’s just not for you. Otherwise, I don’t know girl, wanna chase a guy? I’m sure you can…. Knock yourself out ;). Just wanted to share.”

Powerful stuff, right?  Lulu chose the guy, created the moment, and still made him chase her! And she did it all without having to feel embarrassed or out of her comfort zone. Tell me in the comments below what you think of her story.

21 Responses to Wait Or Create – A Reader’s Approach

Near Los Angeles? >>>Click here to sign up and join me for the first event of the 'GetTheGuy Tour', February...